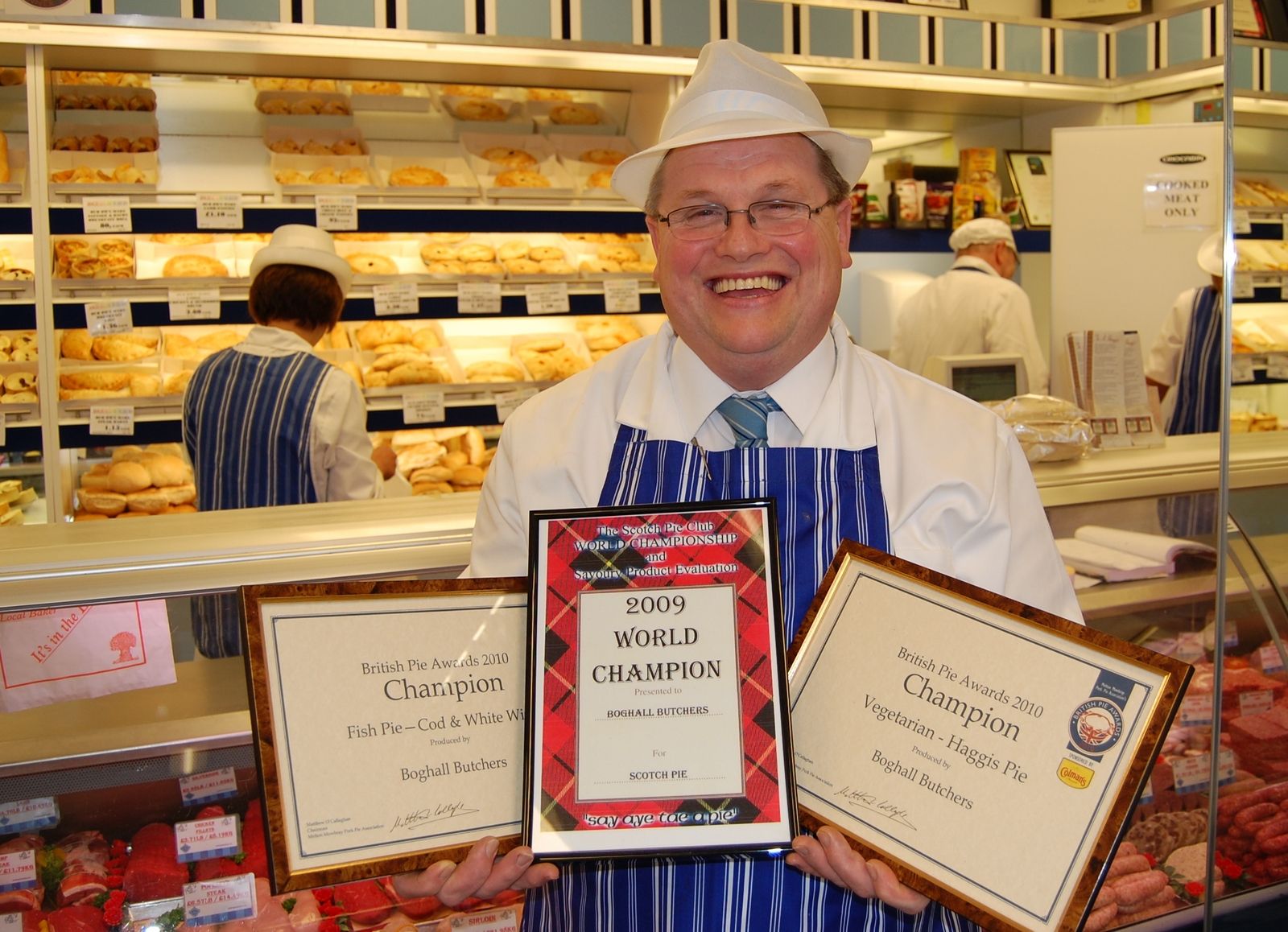 After the win, in 2005, Paul did re-invest within the shop. Business had incresed by a 3rd and therefore the increase in business enabled him to use more staff. They went from a staff of three up to 6 . This re-investment paid of when he became the first double winner of the World Scotch pie championship again in 2009.

This is the kind of thing that every small butcher and baker shop strives for and to win it twice is brilliant... 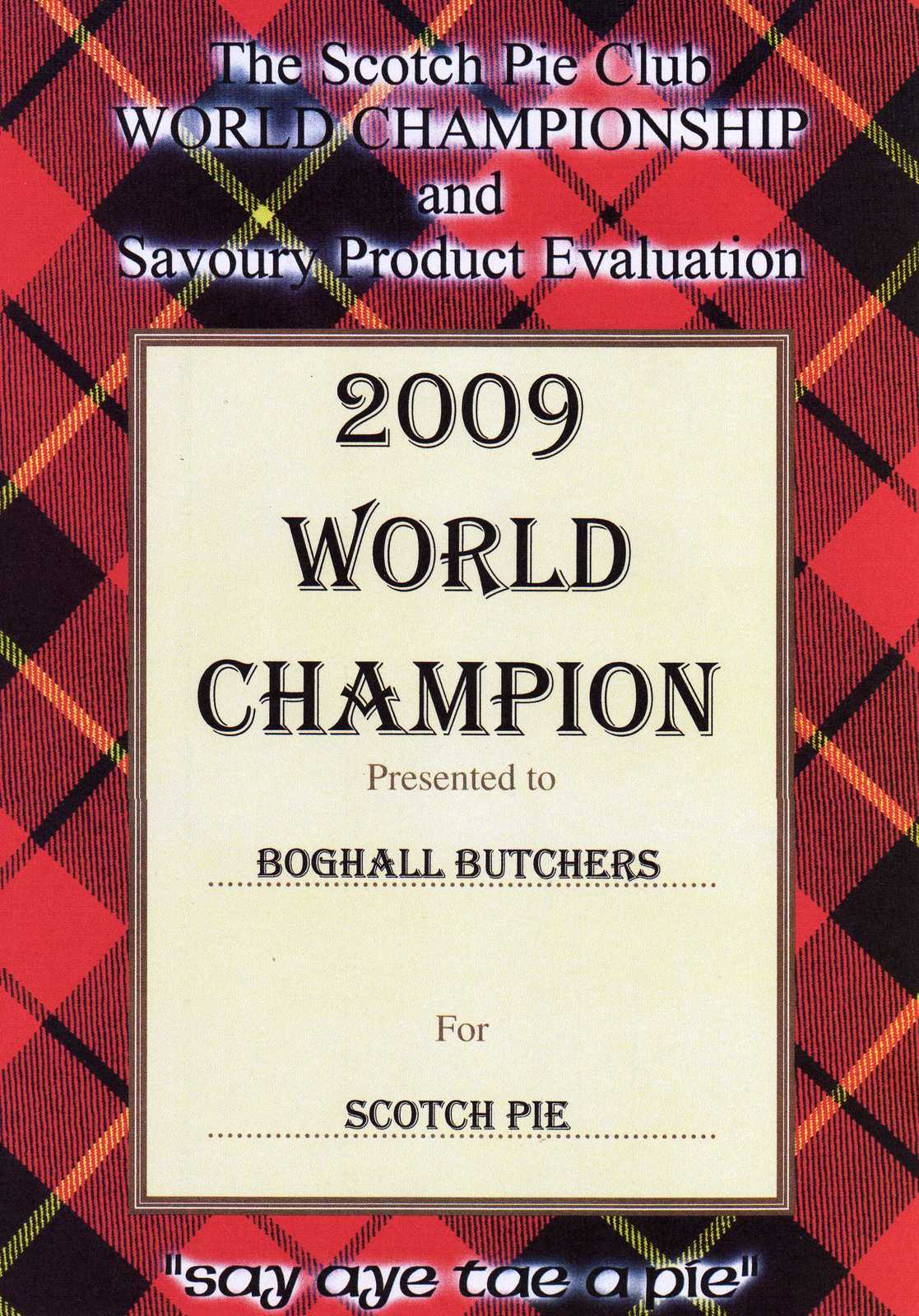 After the win, Boghall Butchers was mentioned in the Scottish parliment business bulletin by Mary Mulligan with the entry:-